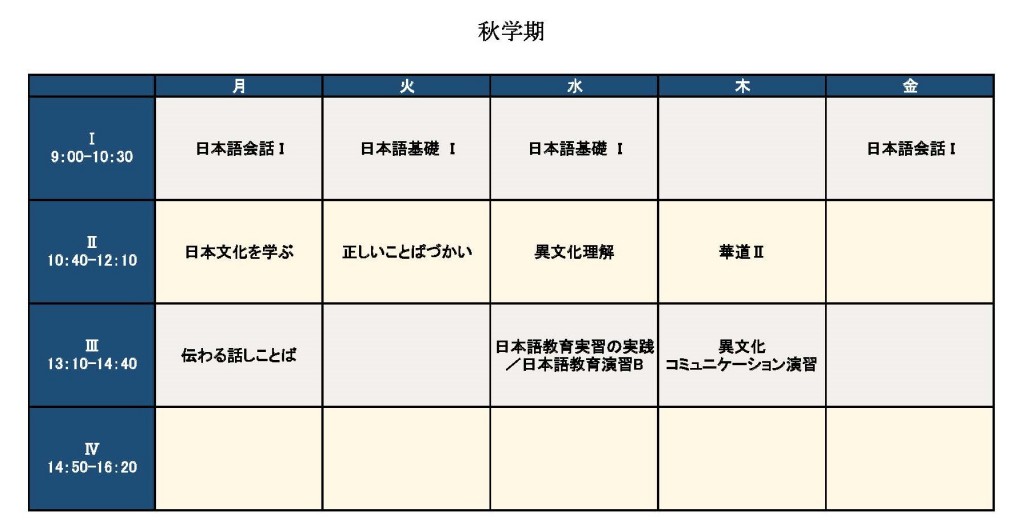 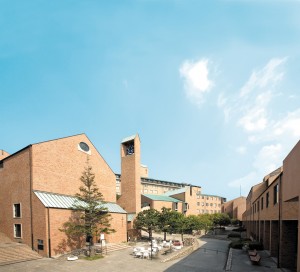 Founded in 1892 just a few years after Japan was opened to foreigners, Kobe Shoin Women’s University has a long history of welcoming foreign students and faculty to the campus. It is located on the hillside in Kobe with the national park of Rokko behind and a view of the sea from many of the classrooms. The campus itself is a series of buildings connected by bridges and covered walkways making it a most pleasant place to study. At the heart of Kobe Shoin Women’s University is the chapel. While students do not need to be Christians, many services are held for Christmas, Easter and other celebrations for all students. The chapel also holds regular concerts and has one of the most famous organs in Japan. Kobe Shoin University has a very friendly atmosphere, which makes it very easy to make friends. Although the campus is single sex, many of the school clubs and circles are held jointly with the national co-educational Kobe University just across the road. There are also drop-in language lounges for students wishing to practice English, Japanese, French, Chinese and Korean. Being a foreign student in Japan you are in a privileged position. As there are so few foreign students, you are fully integrated into the life of the university. Most Japanese students study very hard to enter university, and then thoroughly enjoy their university life, both inside and outside the classroom. While many students live at home, a number live in apartments near the university.

City of Kobe
Kobe was one of the first places where foreigners were permitted to live when Japan was opened to the outside world in the late 19th century. As such, it still has a very international feeling with many bars and restaurants as well as the historical ‘Ijinkan’ area of foreign residences in Kobe. Japan has an excellent healthcare system and Kobe has many hospitals with English speaking doctors. Located next to the sea it has a very pleasant climate, not getting too cold in the winter or too hot in the summer. The mountains of Rokko National park are easily accessible for hiking and other outdoors activities, and the beaches of Suma are a few minutes train ride away. It is less than one hour train ride to Kyoto, with the most famous temples in Japan, and about forty minutes to Himeji, with its impressive Castle. s live at home, a number live in apartments near the university.

My Life in Japan
I come from the United Kingdom, but I have lived in Japan for 25 years. There are sometimes challenges with the language and differences of culture, but it is on the whole a very easy country to live in. There is very little crime and most Japanese people are happy to help foreigners. It has an excellent transportation system, with trains running late into the night. This gives me a huge amount of freedom to meet my friends in the evening and to travel around Japan. Japanese food is delicious, and Kobe is famous for the most delicious beef in the world. There is also a huge choice of foreign restaurants and foreign food available in local supermarkets. Japan is a country of contrasts; it is not uncommon to see women walking on the street in kimono, along with huge high-tech electronic stores. There is always something to see and do in Kobe, whether it is visiting a temple or joining in with the most enthusiastic baseball supporters in the world, ‘The Hanshin Tigers.’ I love the contrast of modern and historical Japan. I am sure you will too.